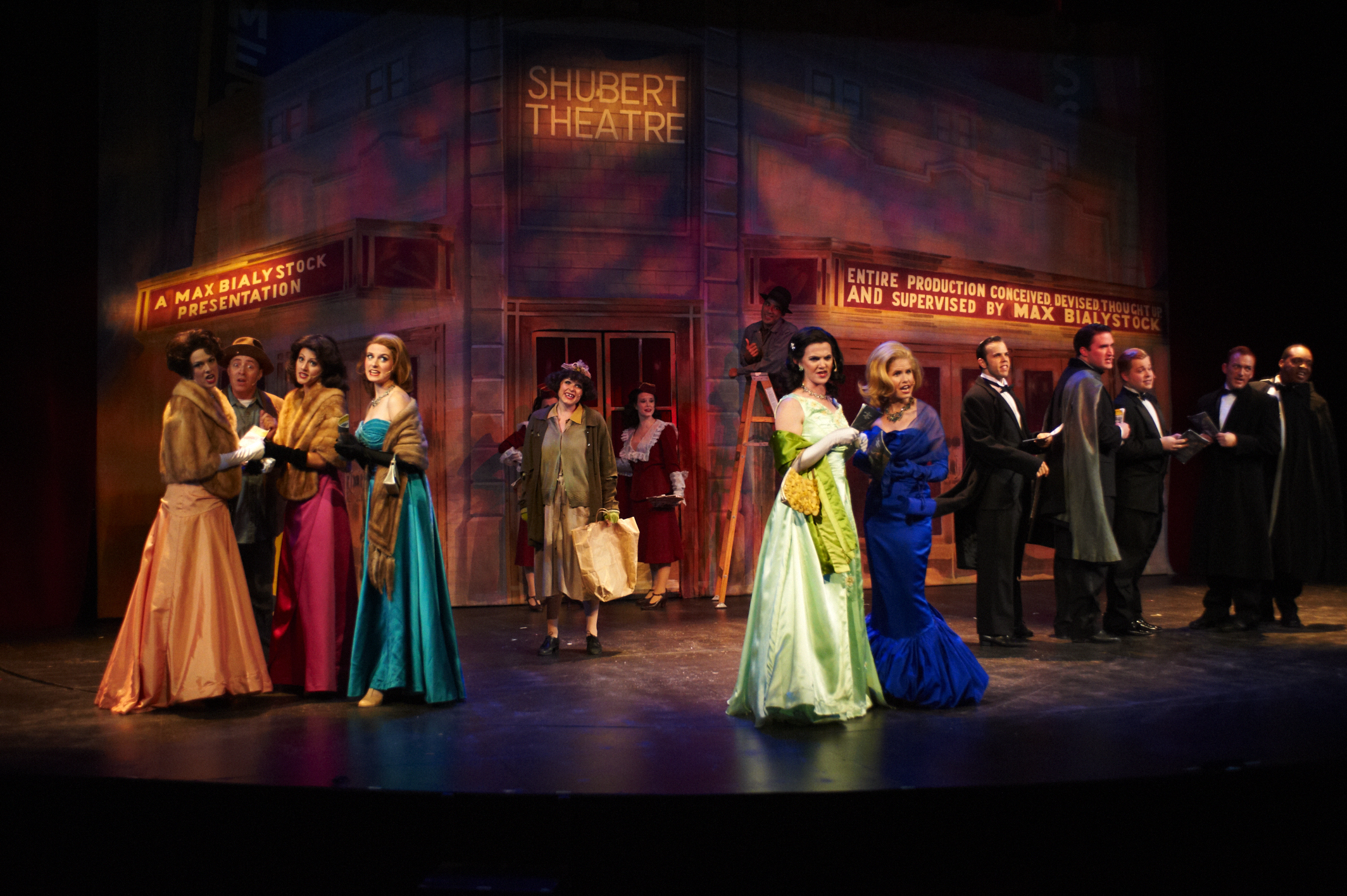 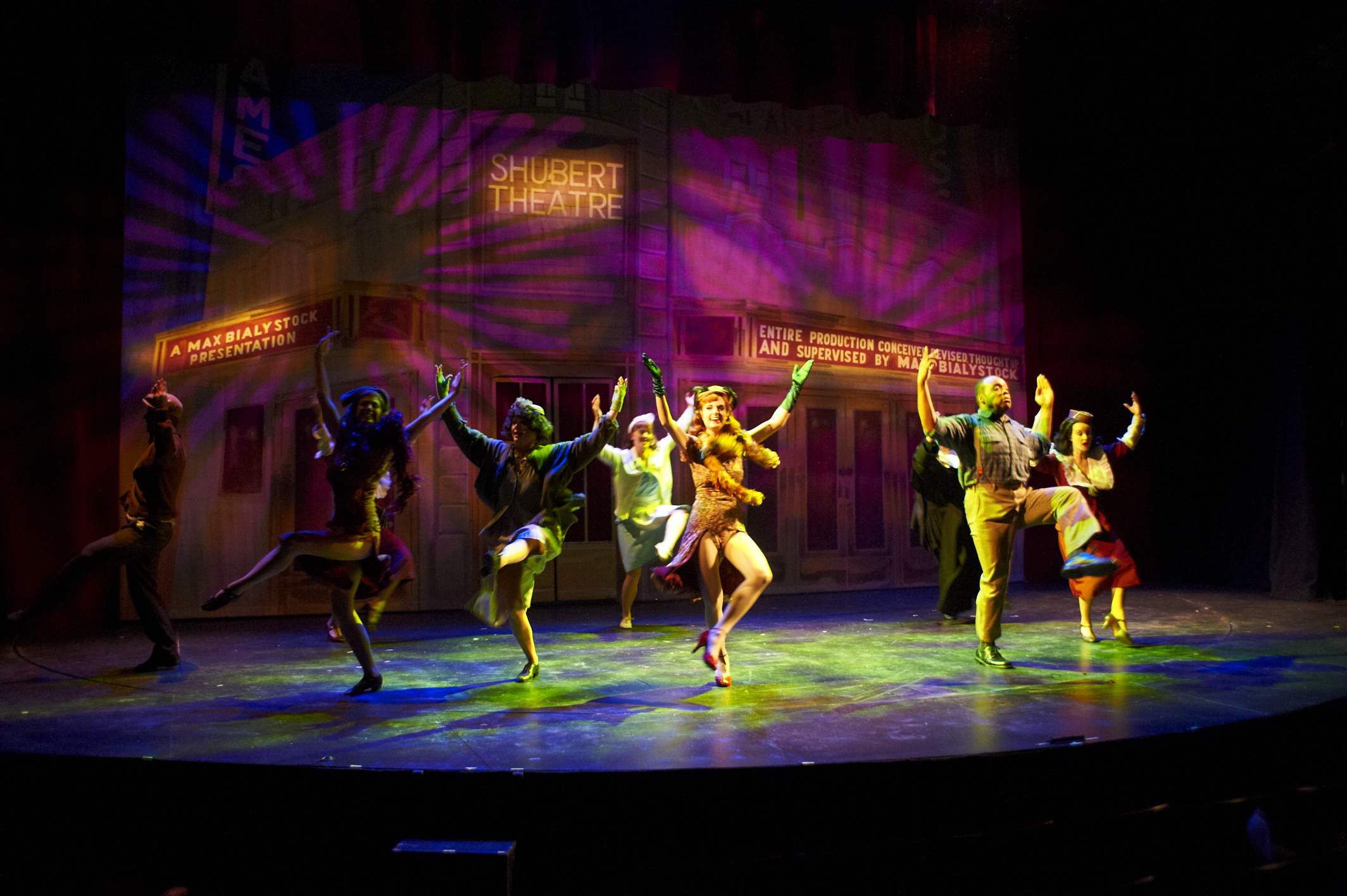 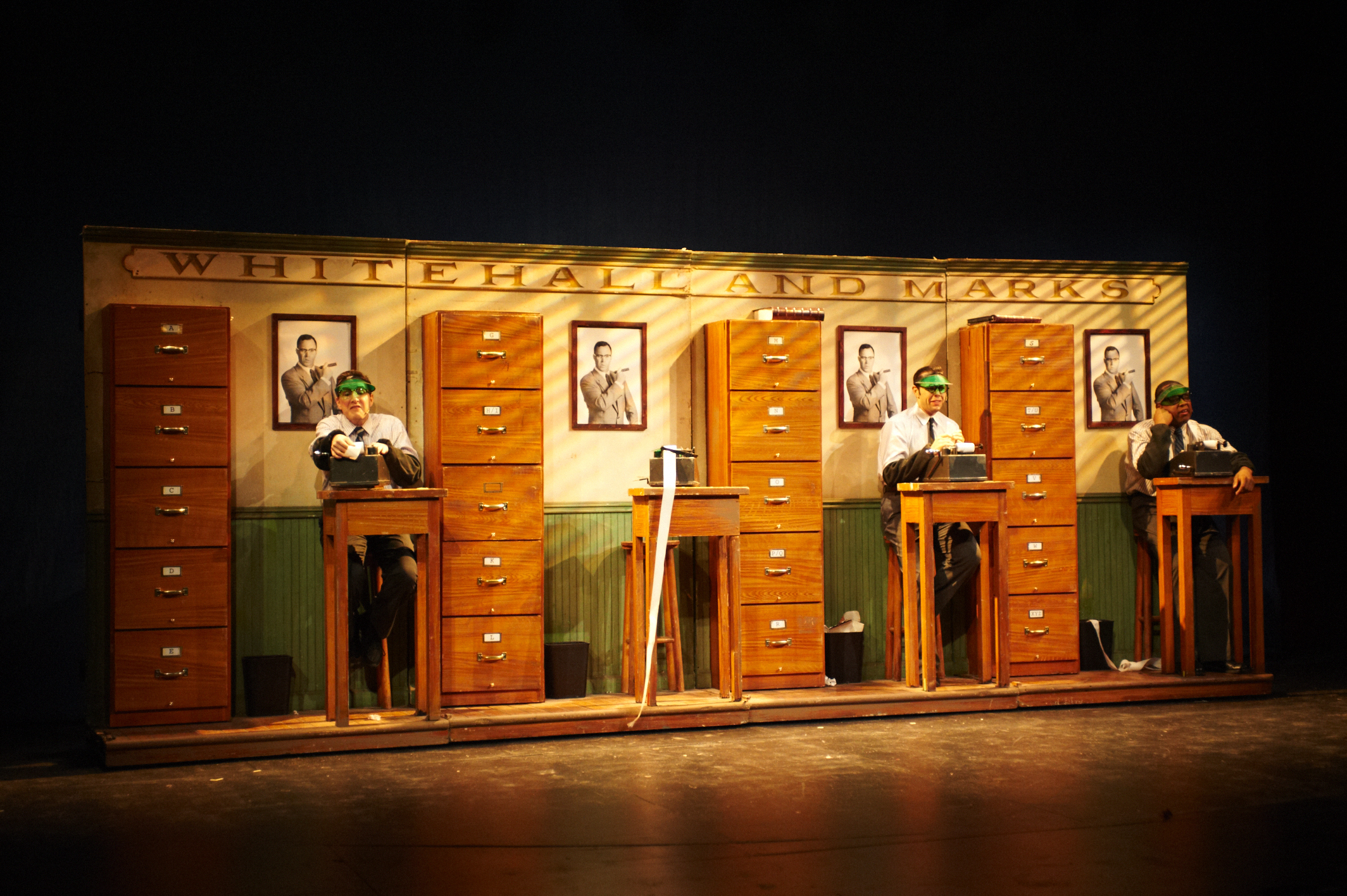 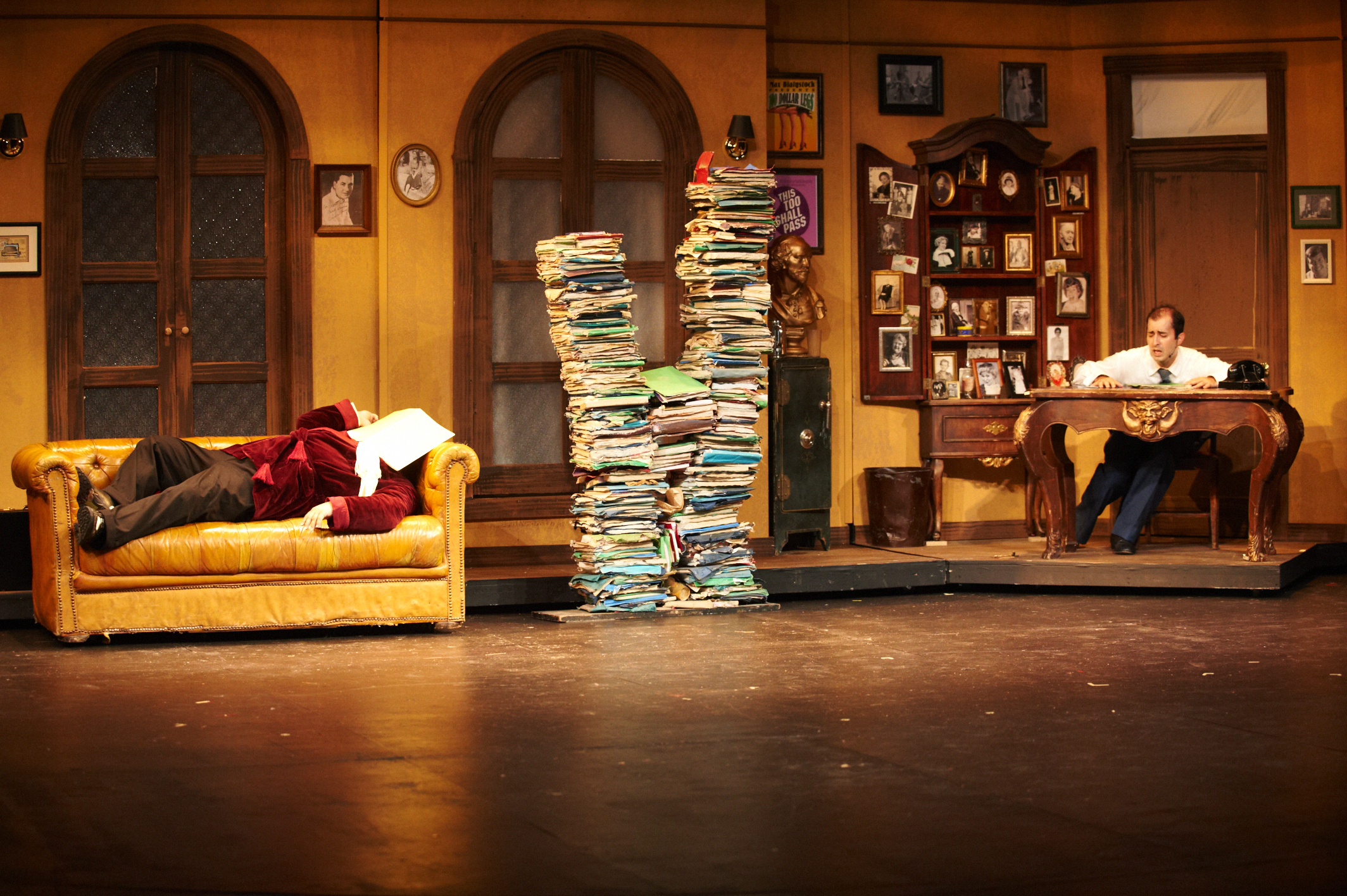 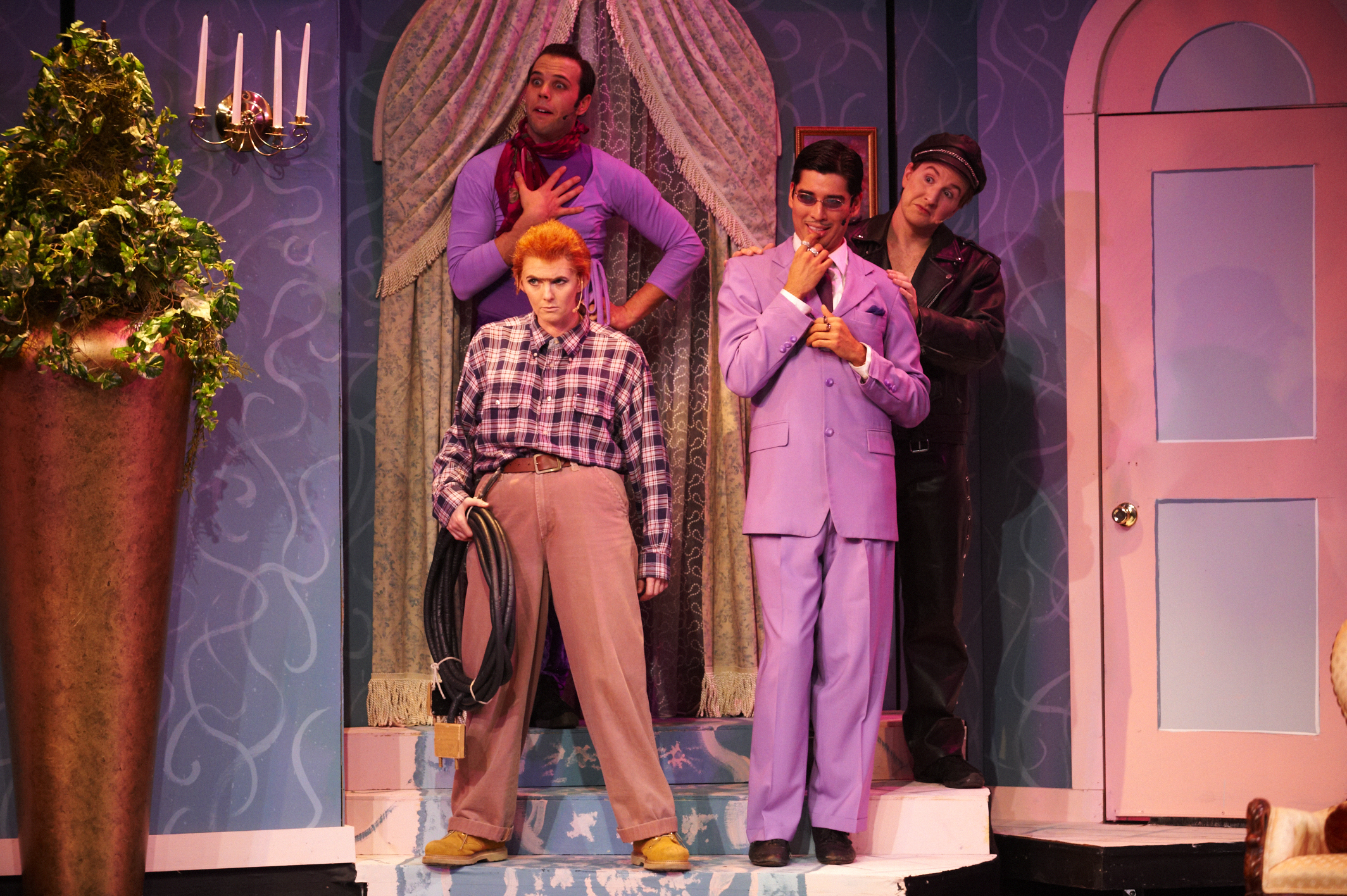 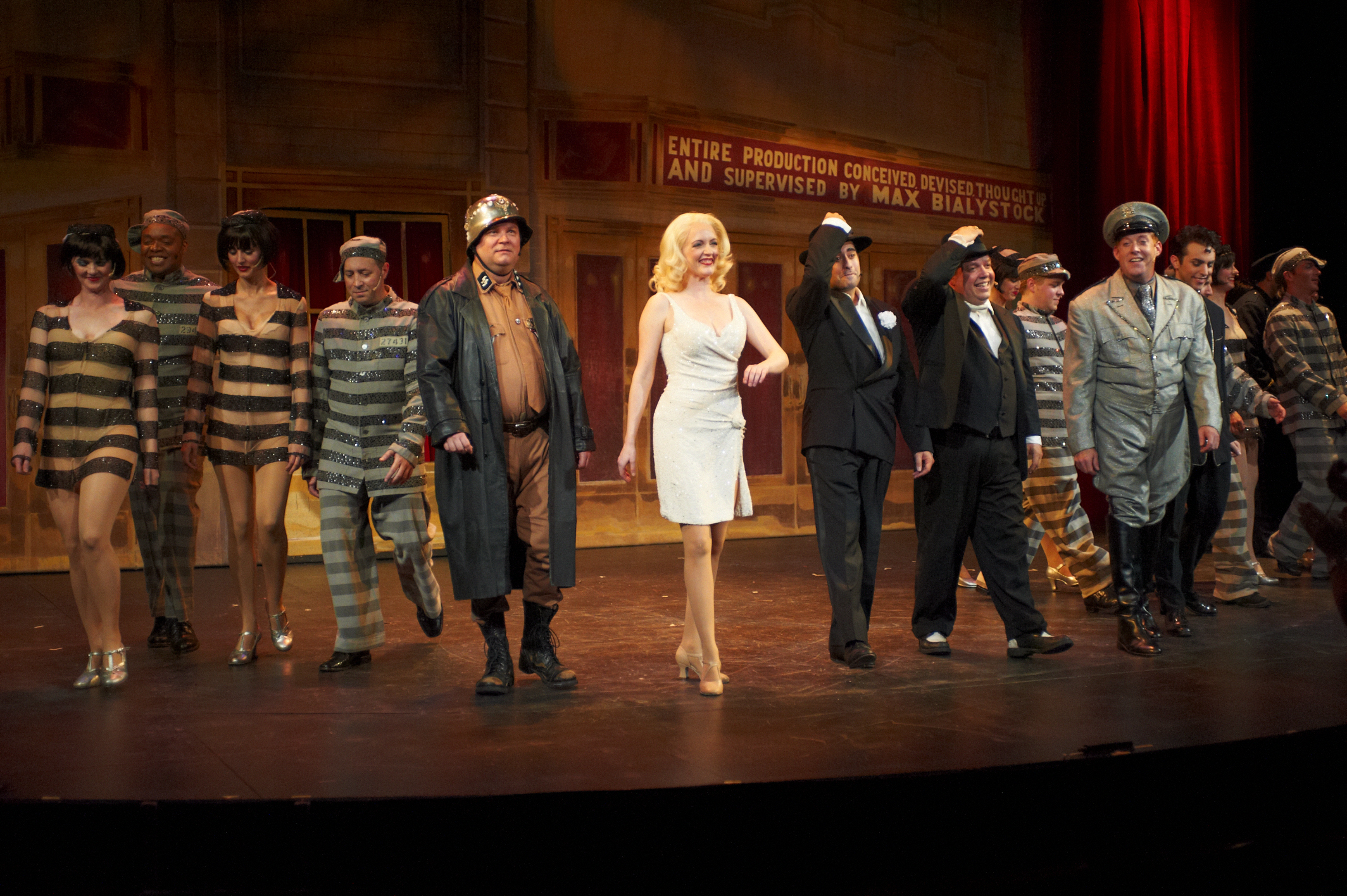 “How did Uptown Players prepare for the first local production of the hit Broadway musical The Producers? Step One: They snagged actor B.J. Cleveland to play the leading role of sleazy Broadway showman Max Bialystock. Cleveland is Dallas-Fort Worth’s Nathan Lane with one major difference: He actually shows up for every performance.”

“Step Two: They spent big bucks to rent the scenery, costumes, props and wigs from the lavish, star-studded staging of The Producers that played Los Angeles’ Hollywood Bowl in July. The lederhosen worn here by Dallas actor Tony Martin in the role of Führer-worshipping playwright Franz Liebkind were worn there by comedian Dane Cook. For the record, Martin’s a much funnier performer than Cook, in or out of leather hot pants.”

“Step Three: Uptown let director-choreographer Michael Serrecchia tighten up the pace of the show, trimming more than 45 minutes off its usual running time of just more than three hours (and without cutting a single note or line).”

“…the audience was falling out of the chairs in hysterics, screaming from the divine agony of gasp-laughing at scene after side-splitting scene.” Full review here