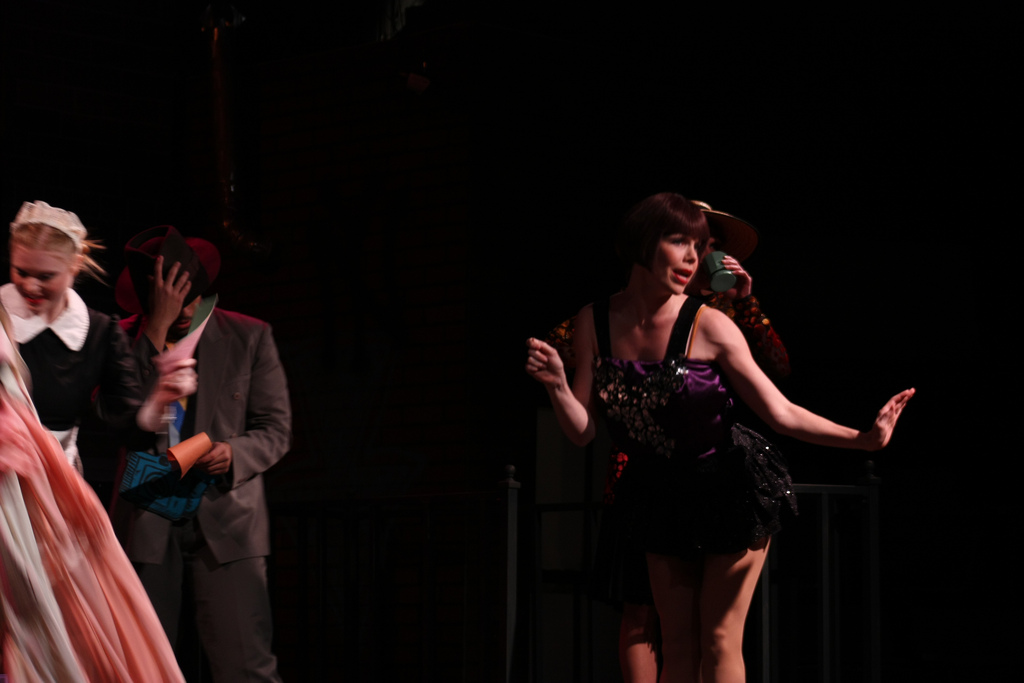 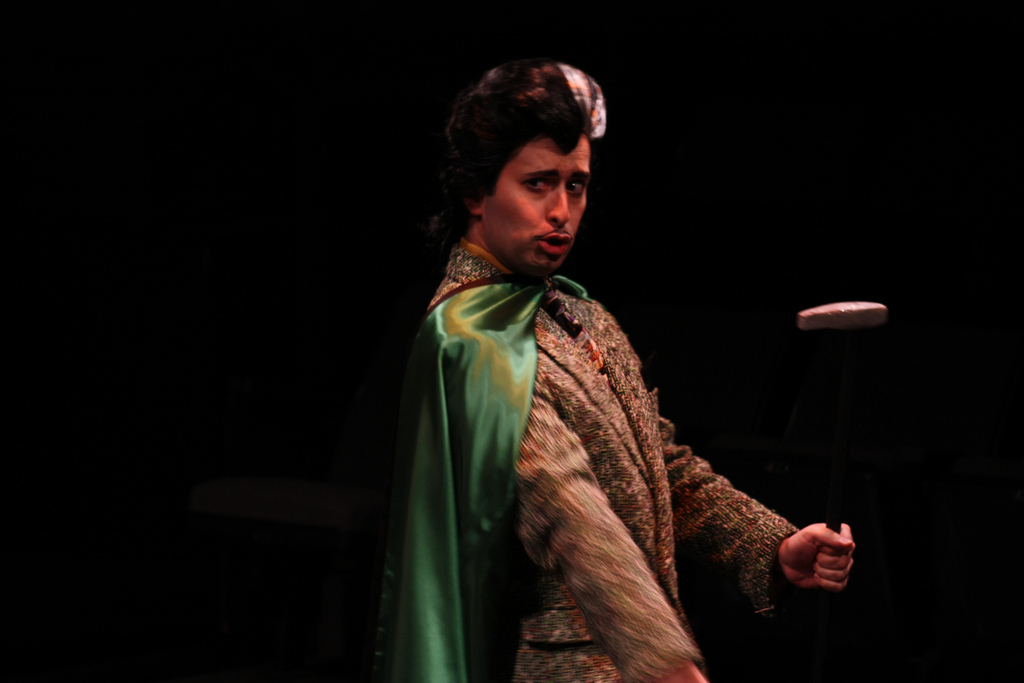 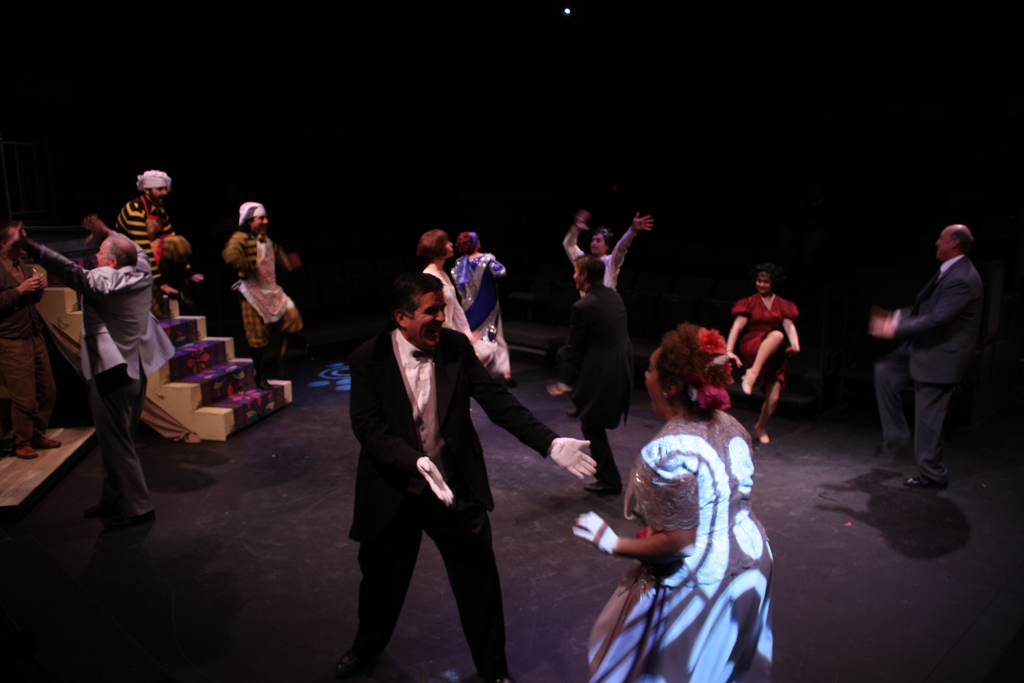 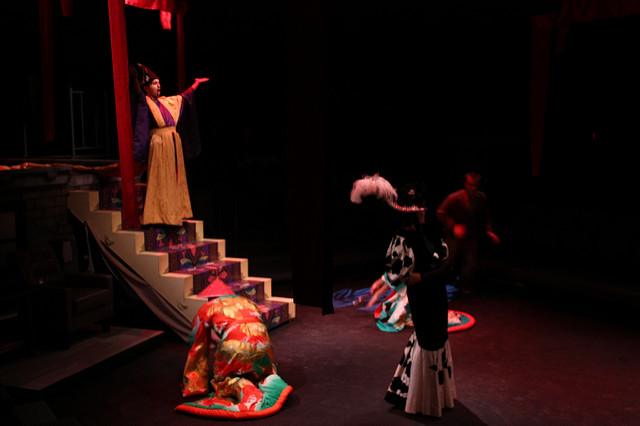 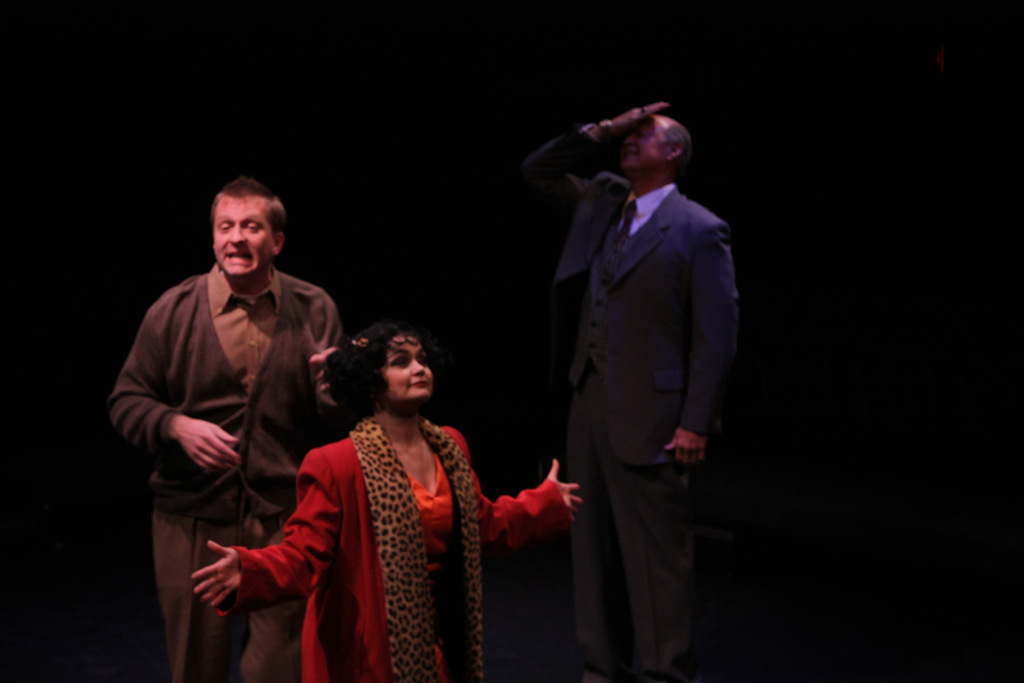 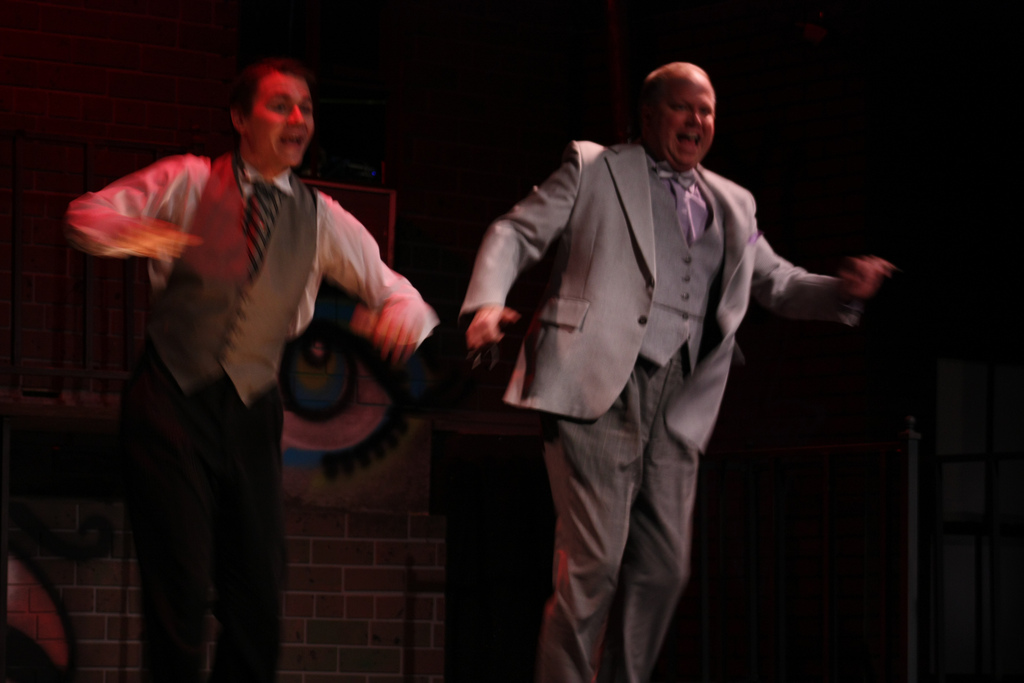 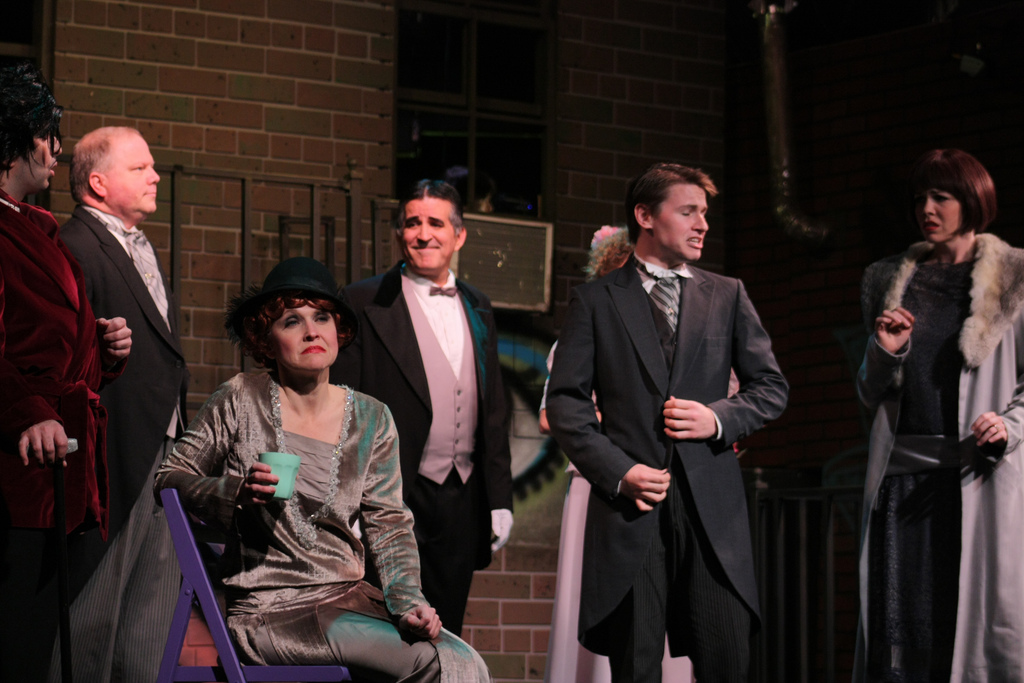 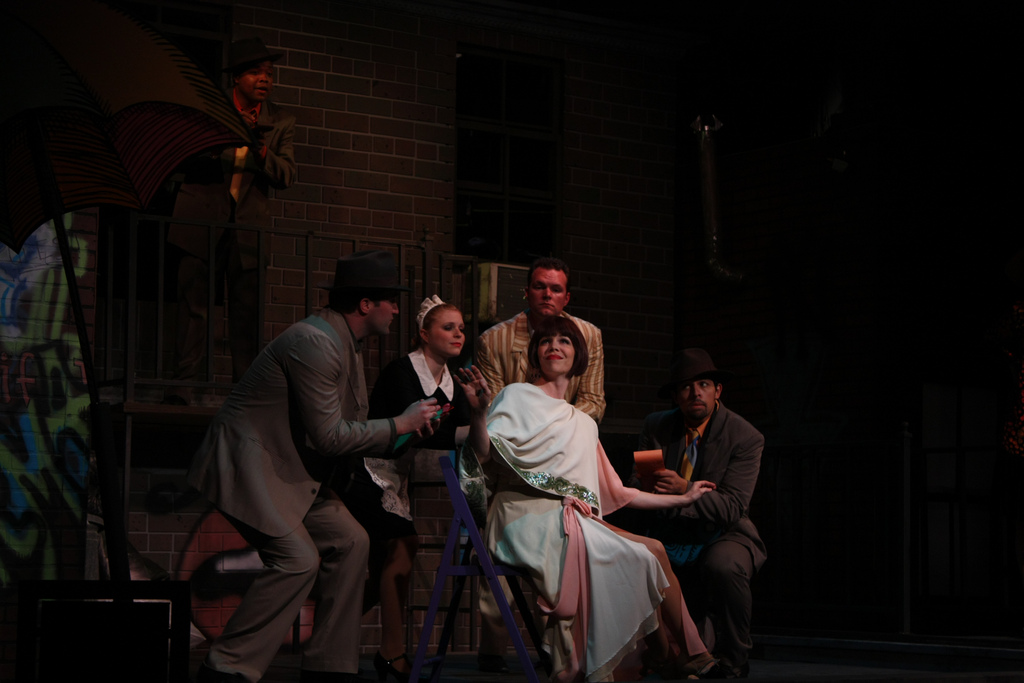 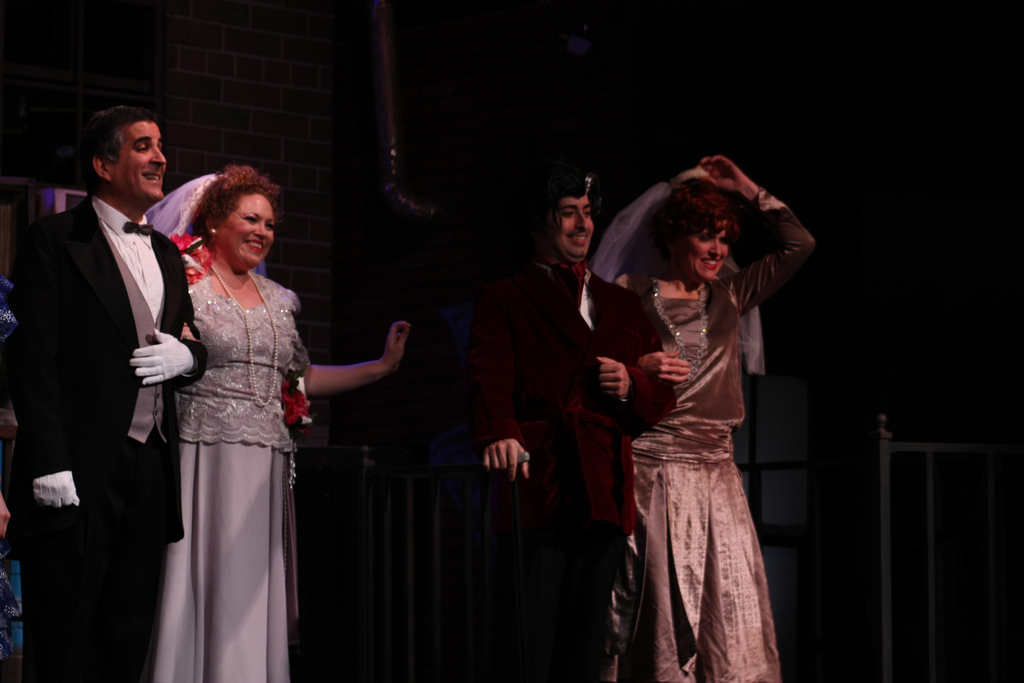 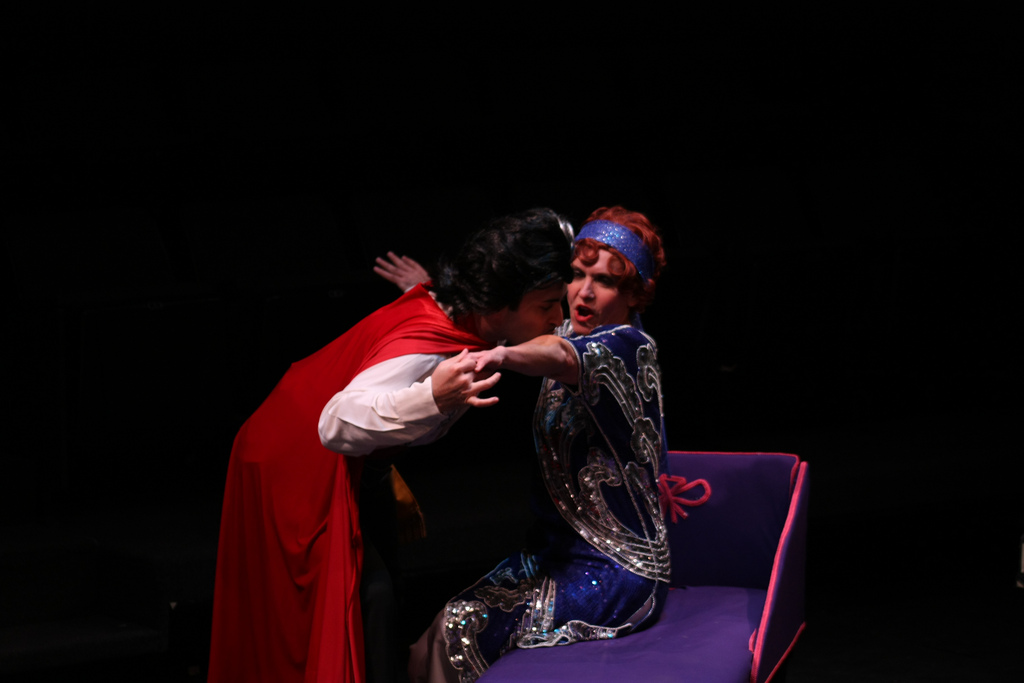 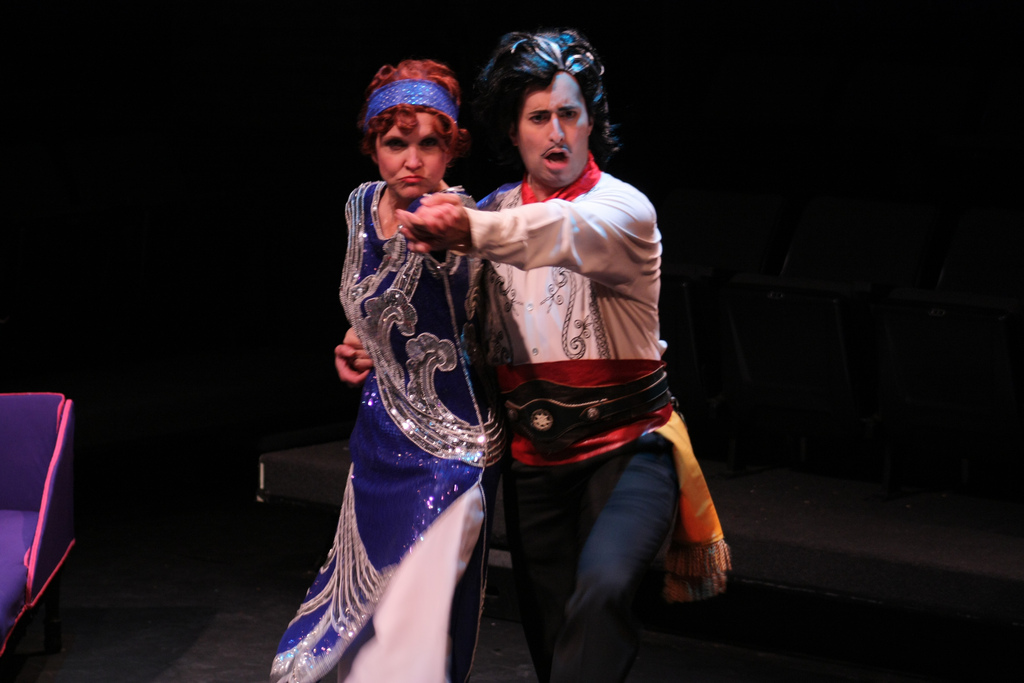 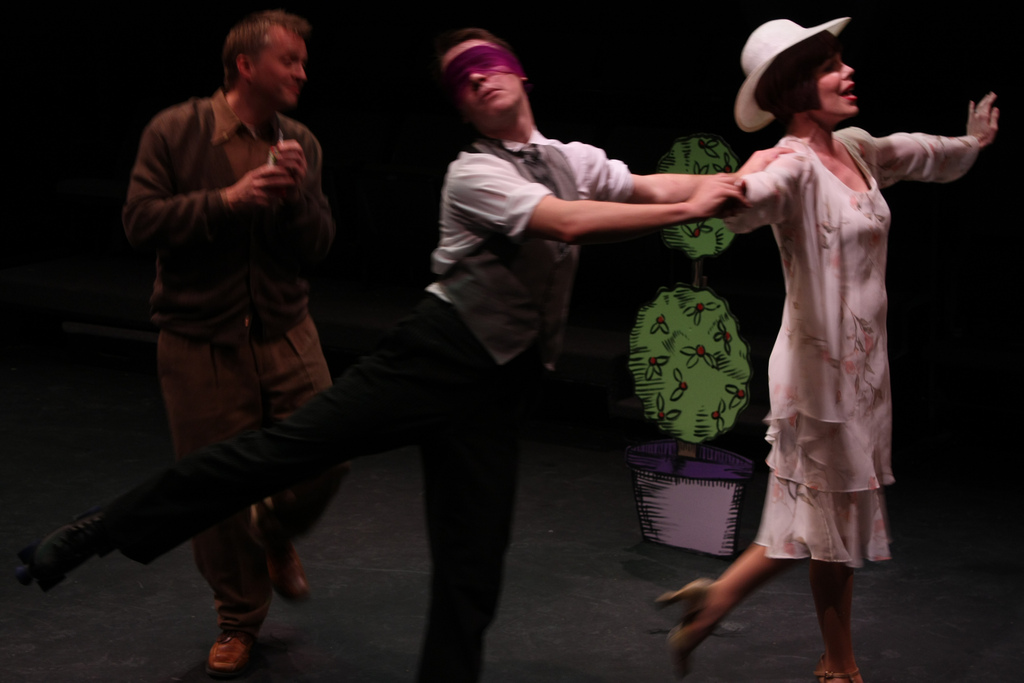 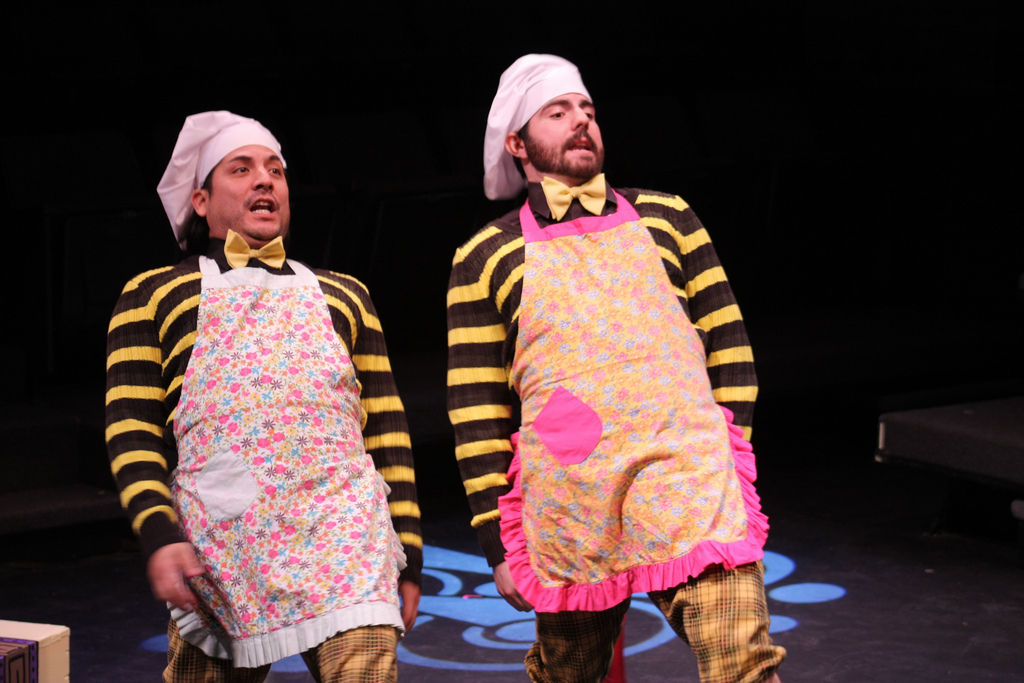 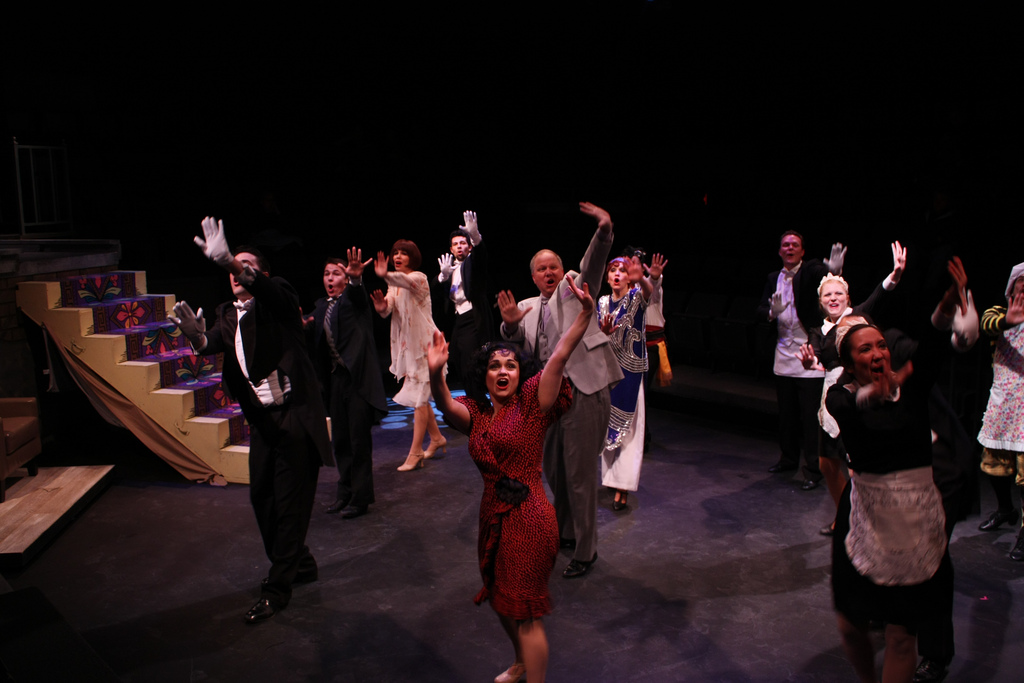 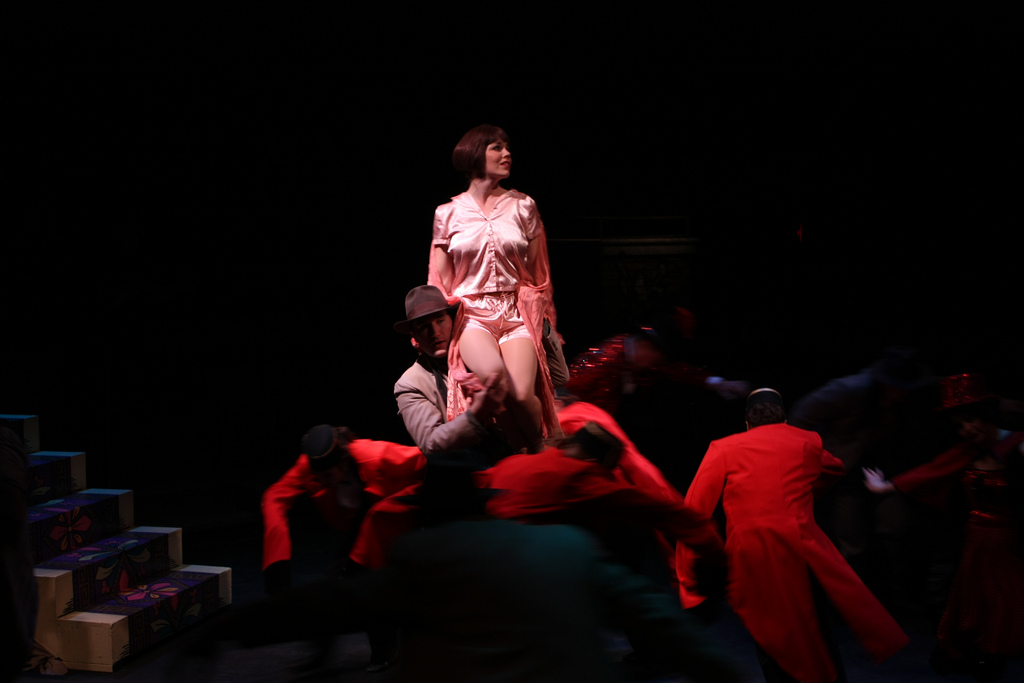 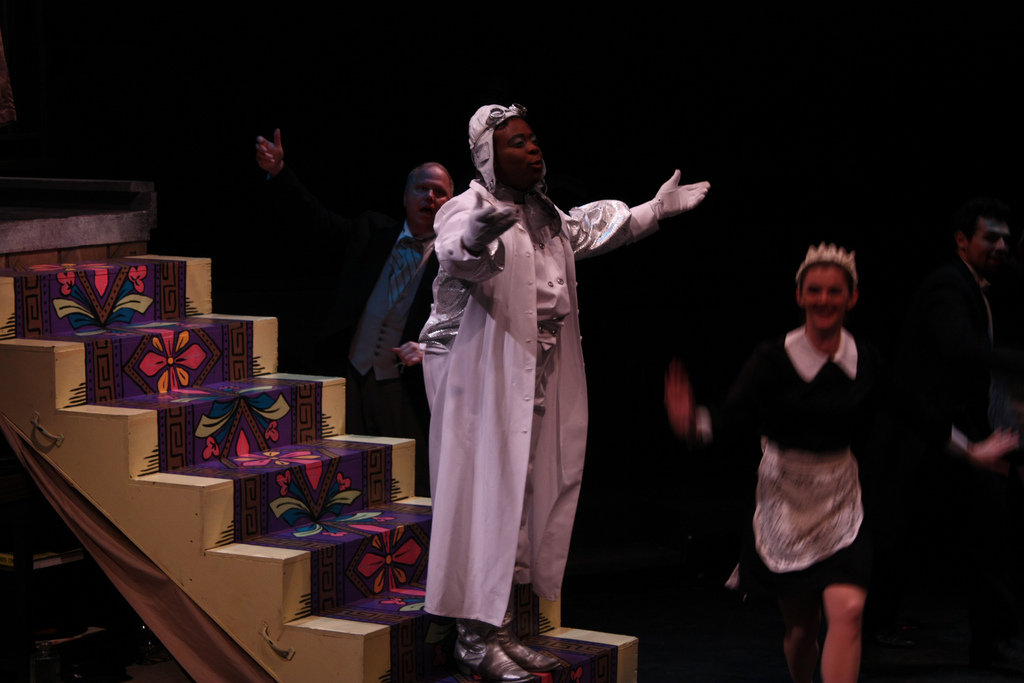 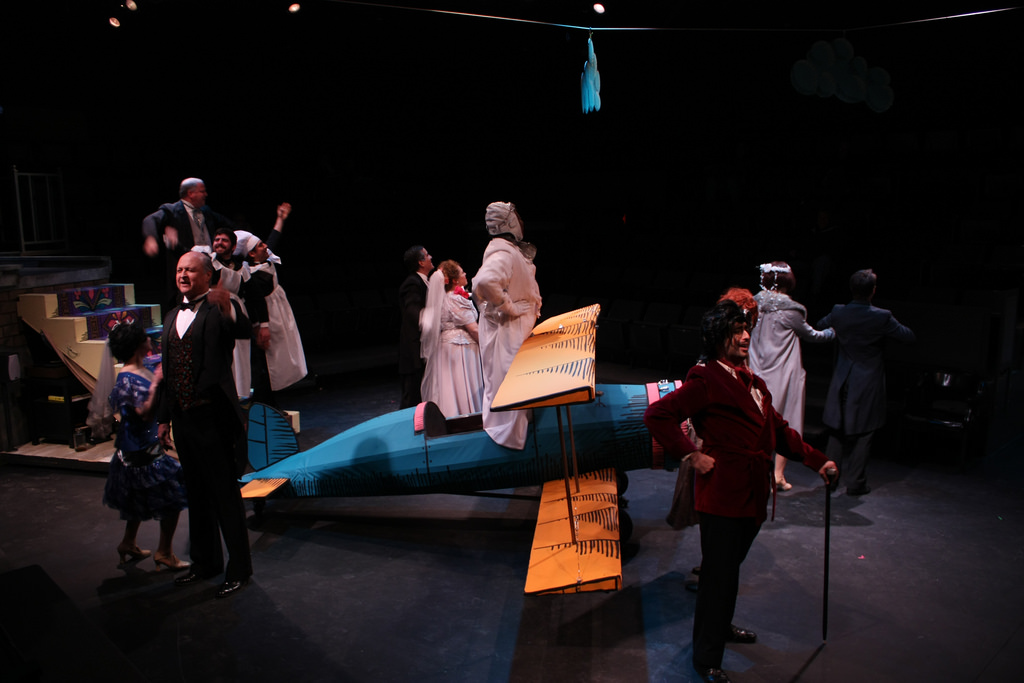 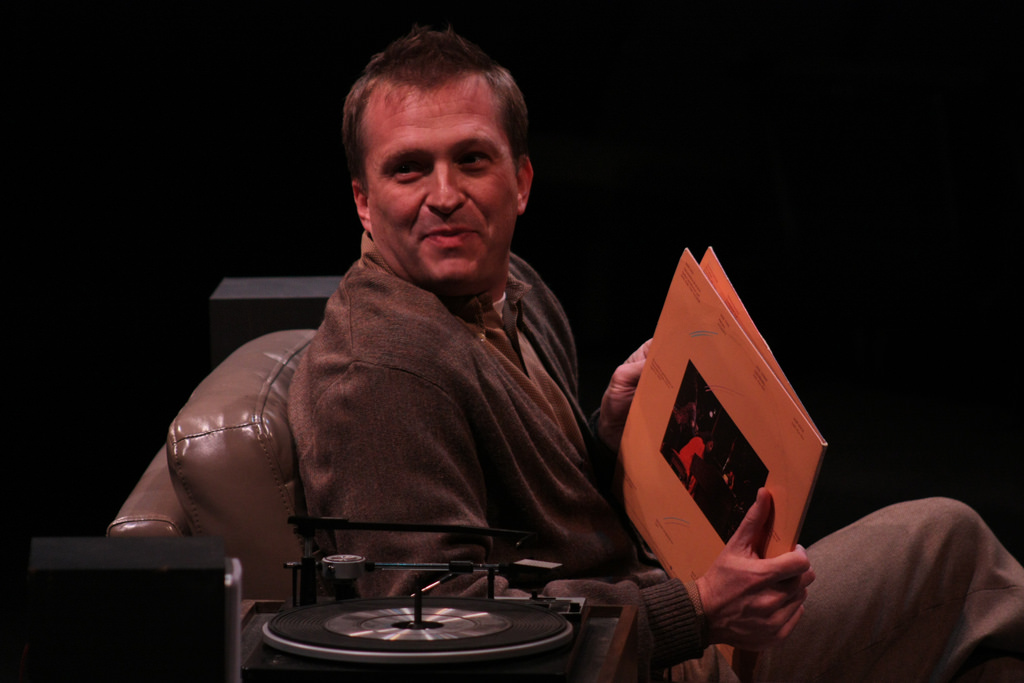 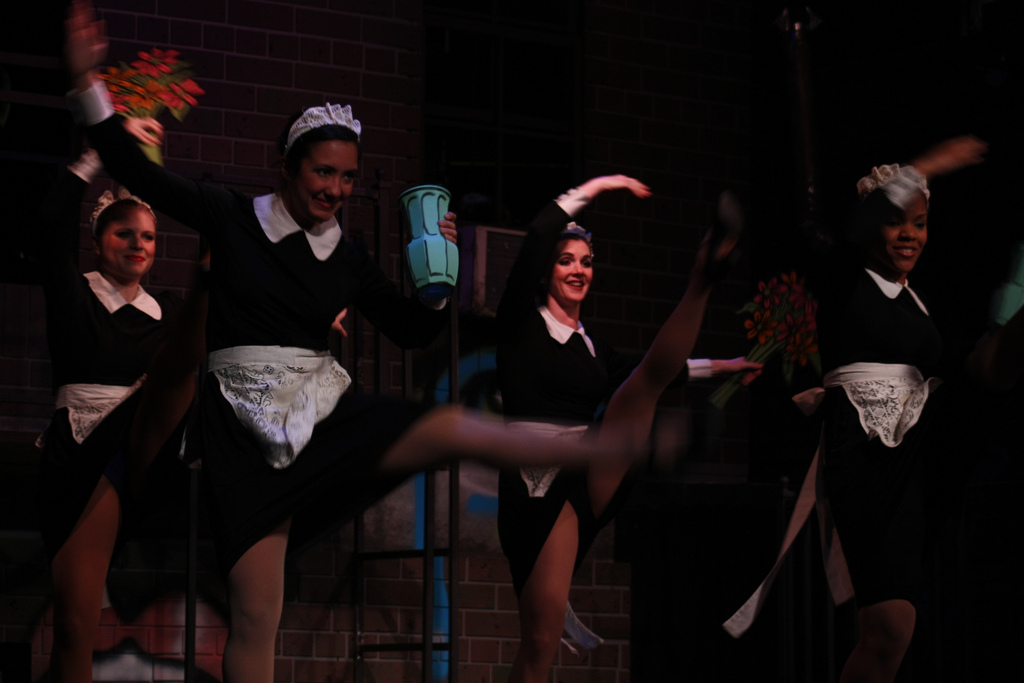 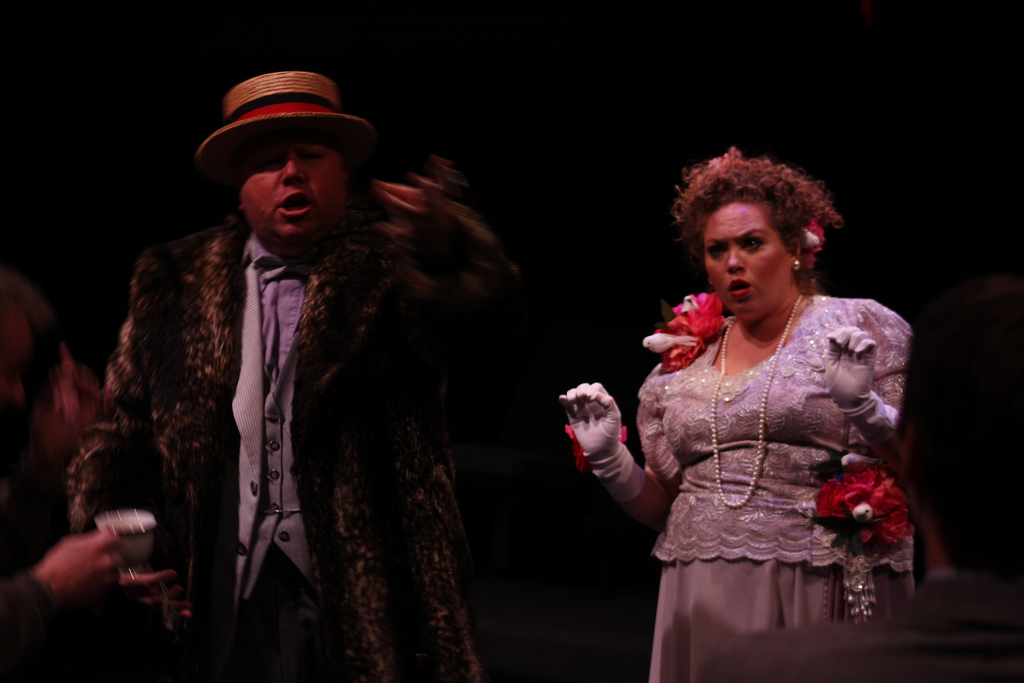 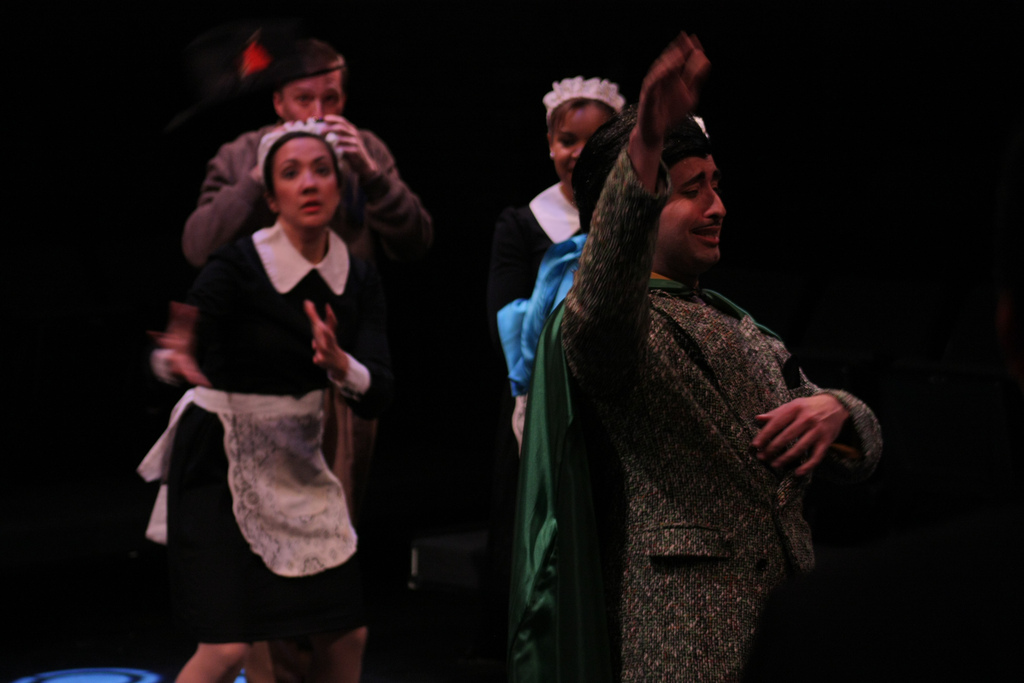 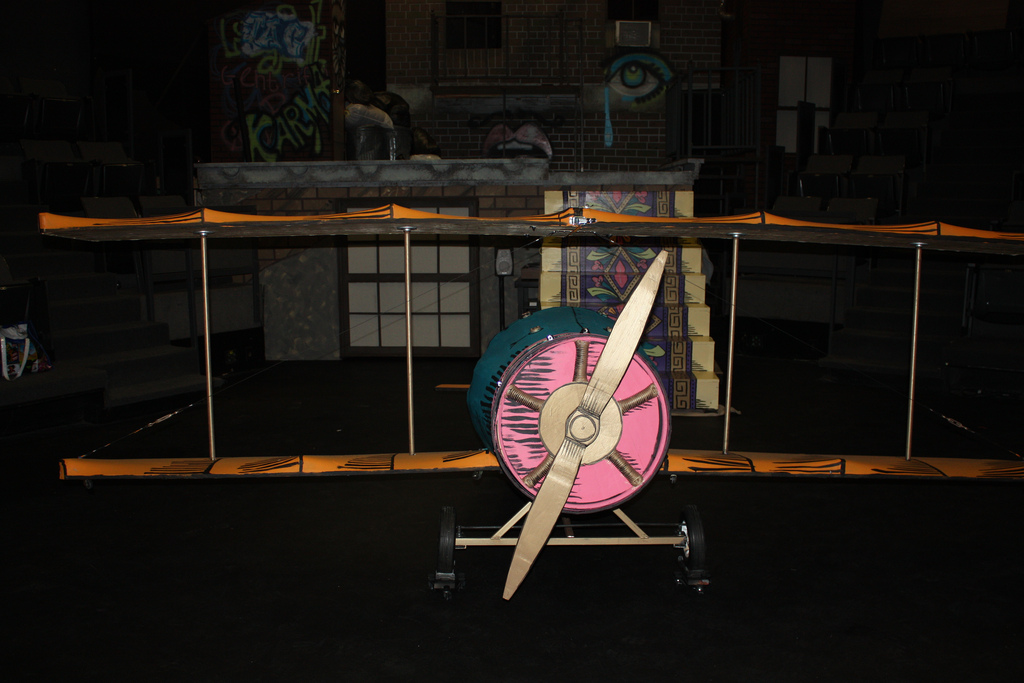 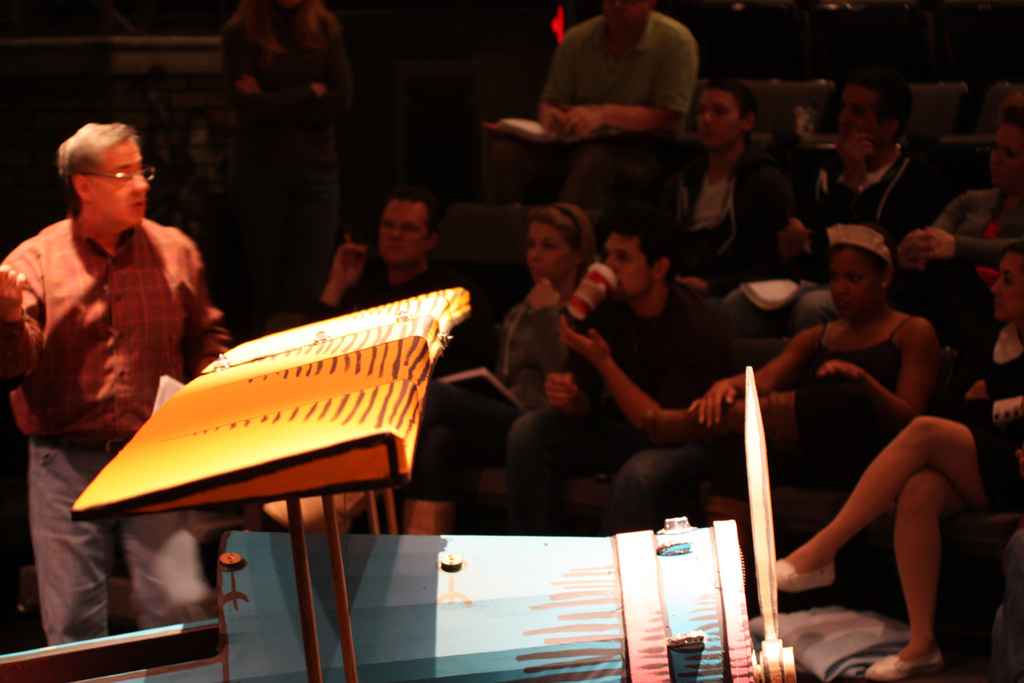 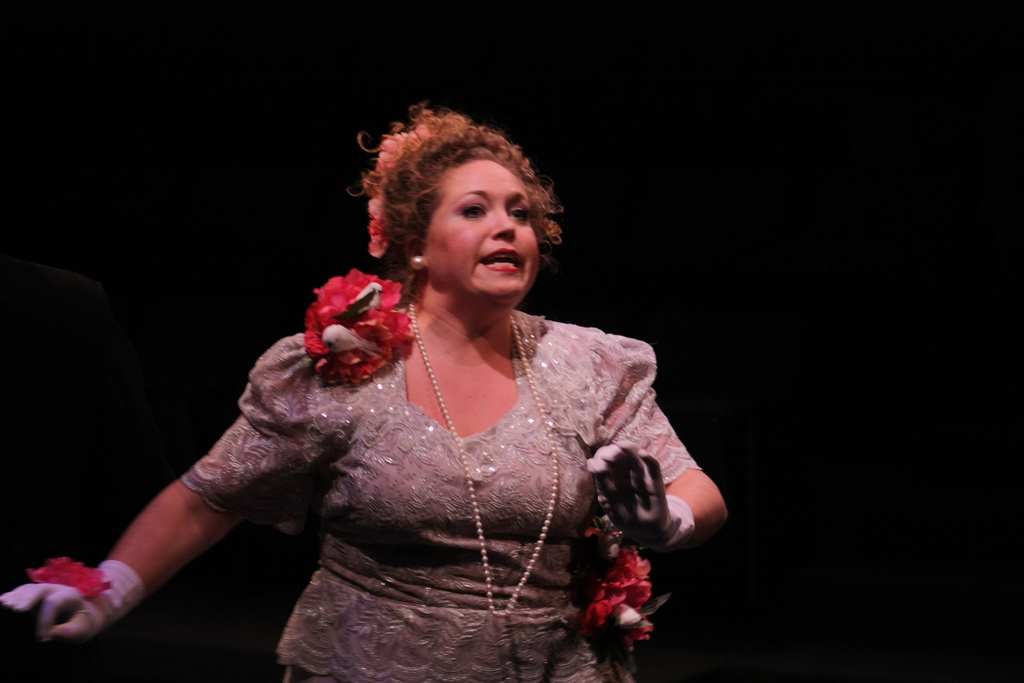 “…Director Michael Serrecchia has cast each terminally silly role so perfectly that we (like the Man in Chair) don’t really care that the plot about a celebrity wedding makes no sense.”

“ …Under the guidance of seasoned musical theater professional Michael Serrecchia, Theatre Three’s cast of twenty-one sparkles, sings, dishes, dances and dazzles with appealing verve and consummate style…In a holiday season replete with excellent stage entertainment, this is the one to not miss…Michael Serrecchia’s production serves the work well and gives Theatre Three’s audience a better cast, better rehearsed, better costumed, more professionally performed evening of live theater than anything else the company has produced all year…Serrecchia creates palpable stage magic from the moment the show opens in complete darkness, setting its whimsical tone simply, with Man in Chair’s voice. As soon as the lights come up, the stage erupts with circus-like color, banter and energy as the entire company hurtles in, pouring forth from Man in Chair’s imagination. Serrecchia masterfully evokes a kaleidoscope of choreographed but natural-seeming stage pictures and moments and characterizations executed in smoothly orchestrated chaos. Every inch of his stage, on all levels, explodes with fine-tuned mayhem and drive. It feels easy and spontaneous, yet all visual and plot aspects tie lovingly together, joyfully following the arc of the play into the depths of one man’s mind like Niagara Falls in living Technicolor.”

” …To say the show is fast-paced would be a gross understatement. Director Michael Serrecchia and Assistant Director Megan Kelly Bates keep this show moving with snappy patter and athletic dancing (they’re also the co-choreographers).”

“ …At Theatre Three, presenting this splashy, bubbly, and larger-than-life musical probably turned up all sorts of challenges: How to deliver a 1920s pastiche without the jokes falling flat? How to design a grand, exaggerated show for a smaller space? How to fit more than 20 dancing people on that tiny stage?  Somehow, Jac Adler and Michael Serrecchia not only succeeded, they killed it harder than Ethel Merman belting out one of the show’s signature tune (musical theater joke; brace yourselves, there will be more).”

“ …The Drowsy Chaperone, directed by Michael Serrecchia at Theatre Three, is so much fast-moving and pun-packed fun that everybody in the theater is laughing out loud most of the time!”