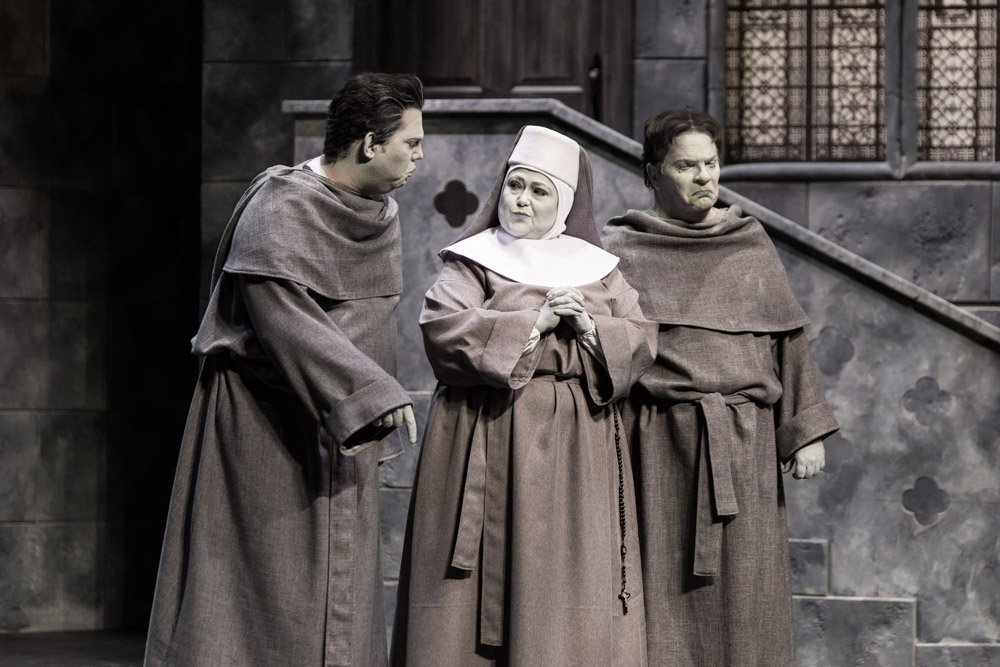 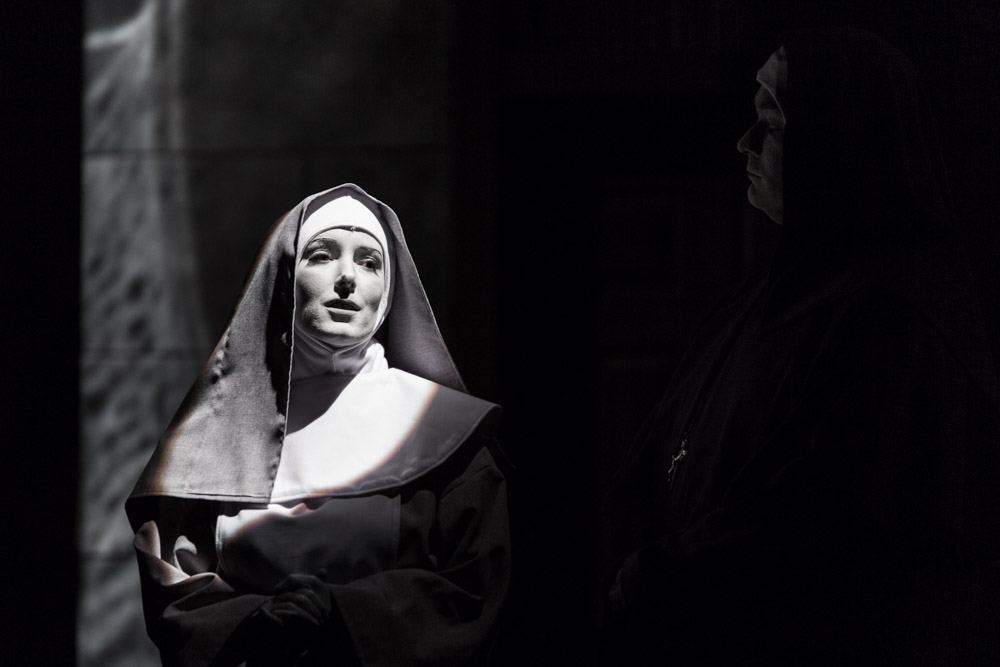 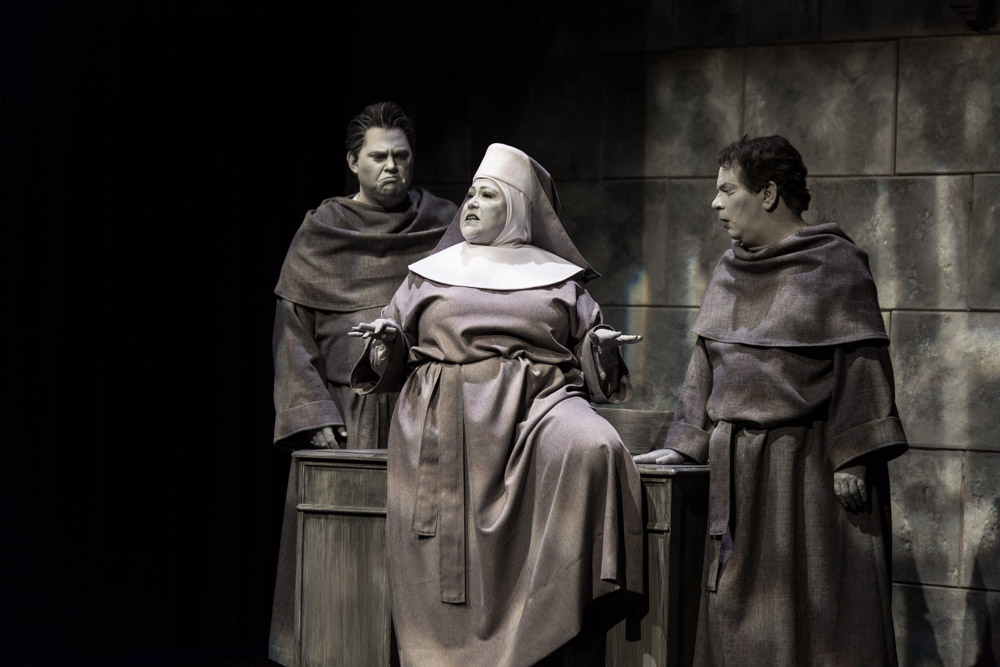 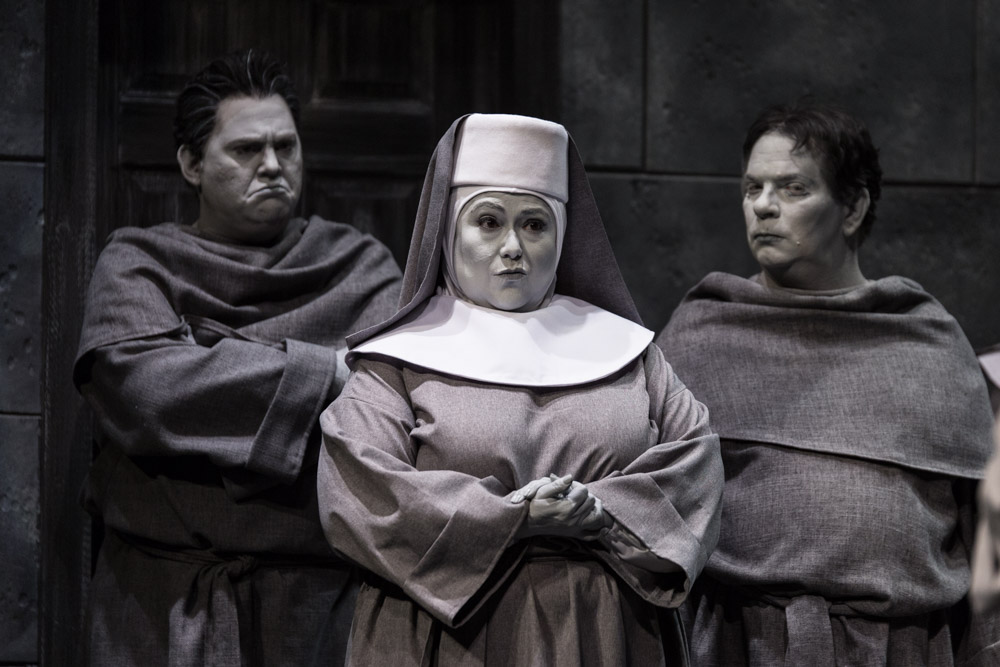 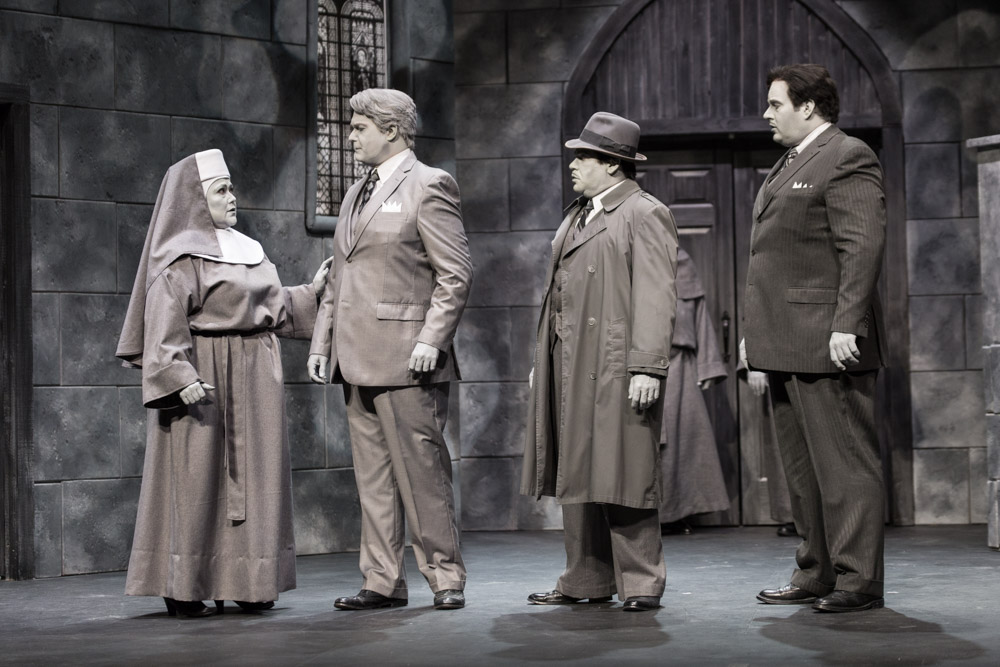 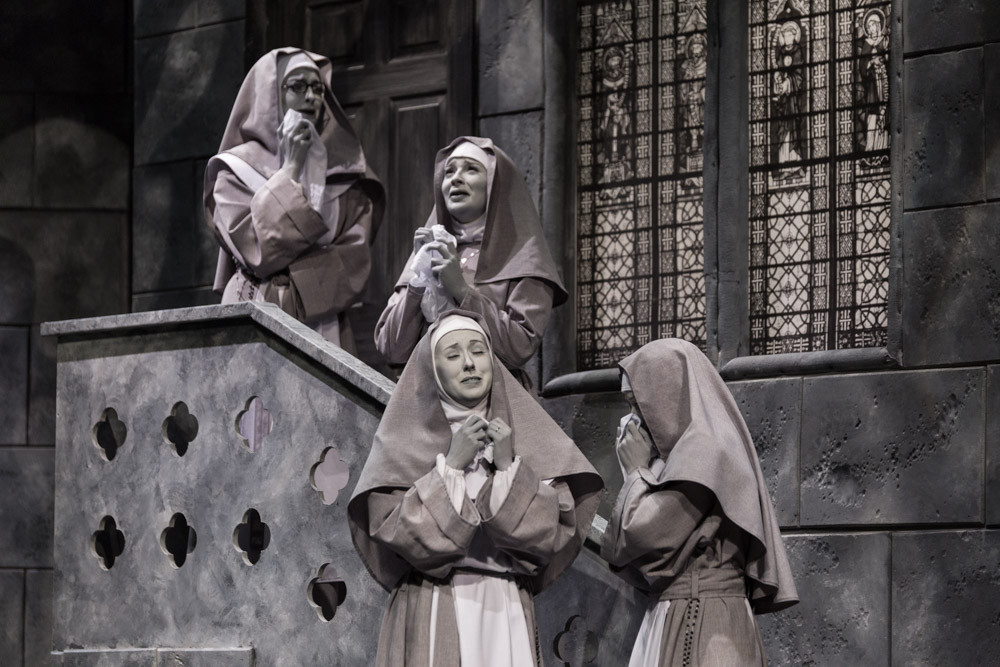 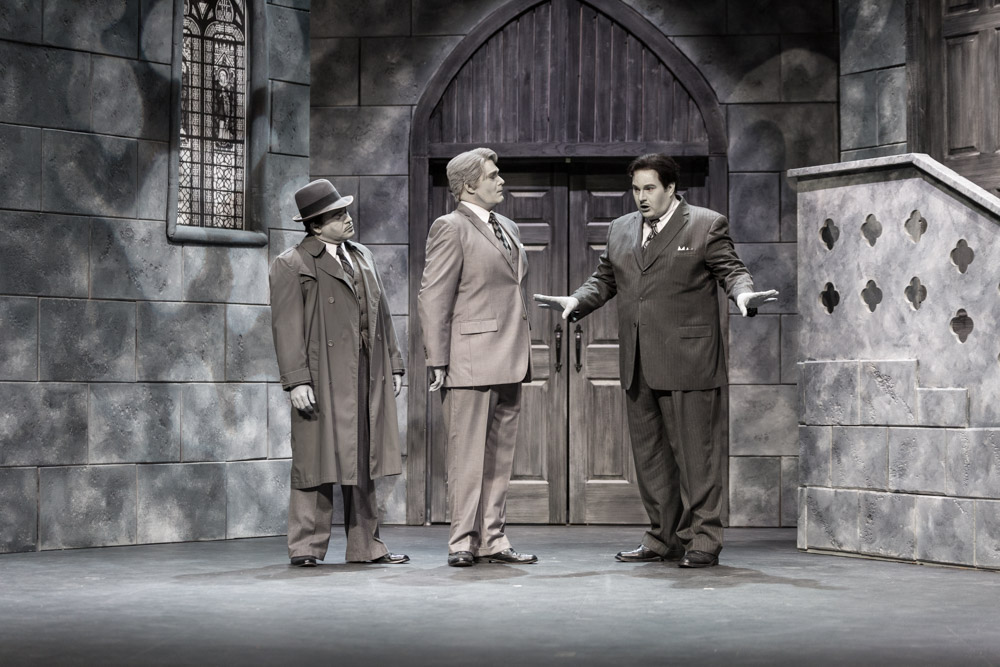 “Under Michael Serrecchia’s smart direction, the personalities of the characters break through the potential anonymity of the habits.”

“There’s fun to be had with not one but four pretty nuns, as similar in shape and clothing as a quartette of Rockettes. Trailing one another up a stair, or falling to their knees in prayer, director Michael Serrecchia arranges the flowing figures like a moving pastel drawing in many visually charming strokes.”