As We Lie Still – Contemporary Theatre of Dallas 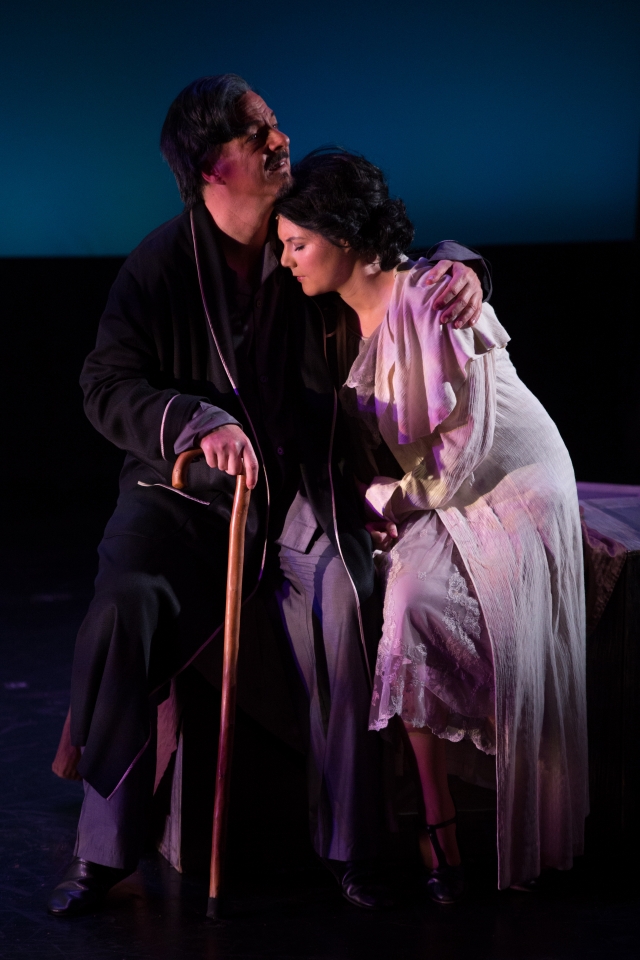 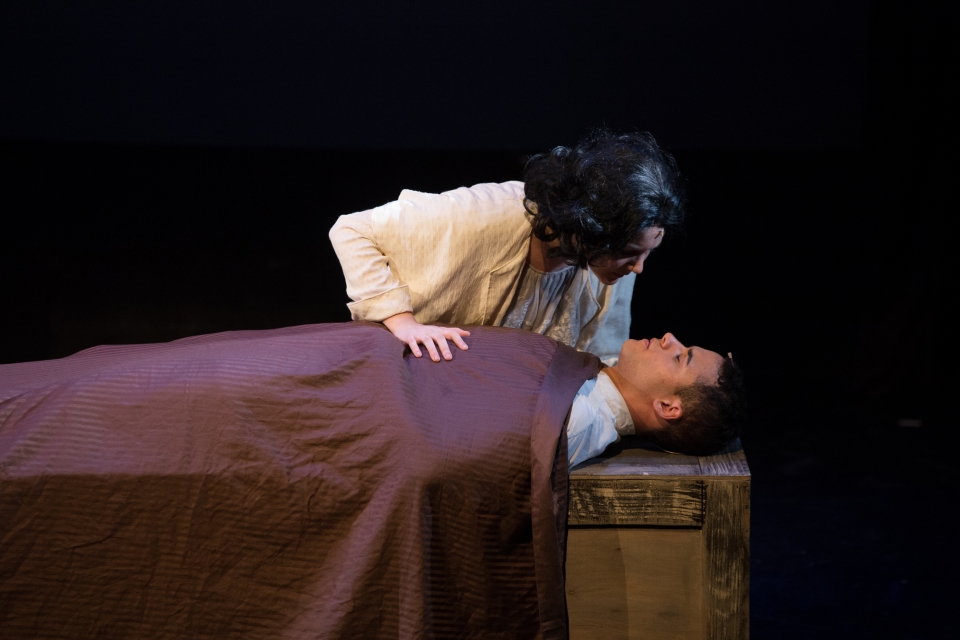 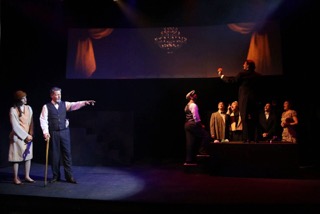 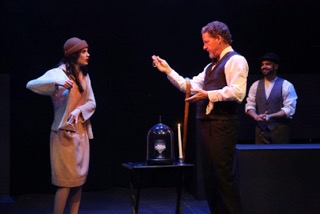 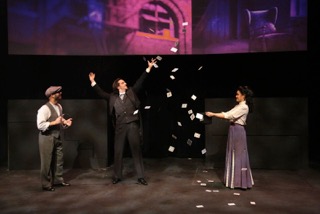 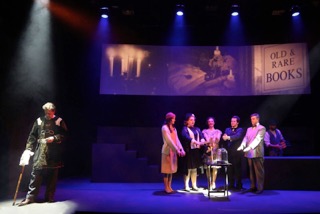 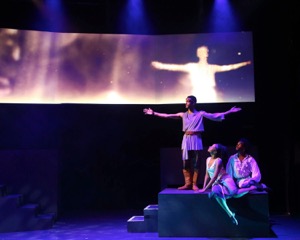 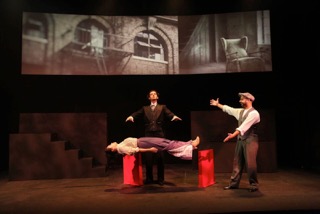 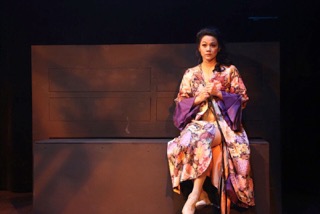 “With confident direction by Michael Serrecchia, As We Lie Still weaves a mesmerizing spell, anchoring its characters in time and place, yet allowing for the pulsing emotionality and mercurial nature of magic, both staged and “real.”” Full review here

“Kudos as well to the gifted director Michael Serrecchia for juggling what is easily Contemporary Theatre of Dallas’ most elaborate production to date — including a 12-member cast.” Full review here

Visit the NEW As We Lie Still website… asweliestillthemusical.com

Dallas actor Michael Robinson in “As We Lie Still.” / Photo by Steven Rosen

Whoever says that Dallas isn’t one of the top cities in the country for talented artists — writers, performers, directors, singers, dancers and musicians — hasn’t filled a Texas-sized seat of its many local theaters and is missing out.

Contemporary Theatre of Dallas (CTD) is a little theatre tucked away in Old East Dallas off of lower Greenville. It’s nestled inside an historic building that’s formerly a church, but there’s nothing “little” about the innovative venue, which offers theatergoers a wide variety of plays and musicals, along with a collection of one-night-only and other events.

“As We Lie Still” will open at CTD on Sept. 28 and will run through Nov. 30. The writing team whose work is by local artists Patrick Emile, who wrote the music and lyrics and Olivia de Guzman Emile, who wrote the book. Dallas’ Michael Robinson is recreating his role from the original Off-Broadway production and Olivia recreates hers as well.

The show made its Off-Broadway premiere at the New York Film Festival to engaged audiences.

According to acclaimed Dallas director Michael Serrecchia, the cast is rehearsing longer than customary. “We are dedicating a full week to music because it is an incredible score; unique and haunting. It is very difficult music to learn and perfect.”

Patrick added, “I have completely overhauled the show since its Off-Broadway run two years ago. It is much closer to a sung-through experience now,” the writer said. “‘As We Lie Still’ is written to be accessible for all sorts of audiences.”

According to CTD’s managing director Miki Bone, “This is a musical that mediates reality and illusion, conscious and unconscious, life and death. Set in the early 1920s, this double-knotted love story is revealed through magician Avi Leitner’s quest for the one great illusion that will elevate his act.” Performances will be Thursday, Friday and Saturday evenings, with Saturday and Sunday matinees.

Serrecchia said, “This cast is different from the Off-Broadway cast with two exceptions. The auditions were quite specific, casting had to balance the musical demands of the score and the physical demands of character and style of the piece.

“Patrick and I share a very specific vision and artistic point of view for this show,” Serrecchia added. “Each actor who is cast brings a texture and tempo required for the storytelling. This is truly an ensemble piece. The ensemble plays many roles in different time periods and spheres of reality. I think this show has a real future in the world. I have been mesmerized since my first exposure to it and am committed to seeing it reach its potential.”

In closing, Patrick added that if you’re interested in exploring New York in the early part of the 20th century, along with what it means to be a magician and what it is to be human, “Don’t blink, you might miss something.”

When I first heard the score to AWLS in 2014, I was hooked! The haunting melodies, the harmonic sophistication – the structure itself was an addictive device. In the 2-years since I directed AWLS off Broadway, we honed in to trim and streamline the property because, like all New Works, there was enough material for 2 or 3 musicals. This process reminded me of the time when we developed A Chorus Line; the first run-through ran 4 and ½ hours with only one song! There is a certain focus, drive and vision that is knitted in creating and producing a New Work and our AWLS goal became simple: 1. decide whose story AWLS was going to be and 2. how the Creatives were going to tell that story.

Our Artistic Vision was clear; the specific look and textured feel in the design would seamlessly blend to almost become invisible in the power of this Story. So in working with Patrick, Olivia, Peter and Trigg, we all embraced a strict set of standards to maintain that delicacy of the story and the ethereal in the artistic goal. For example, I favored “digital impressions” as the vision for the set as the landscapes here are fleeting feelings as opposed to boxed environments. The choreography stems from my days dancing with Jose Limon where each move told a tale of emotion. Juxtaposed to period appropriate illusions and costumes design, the orchestrations are edgy and pointed.